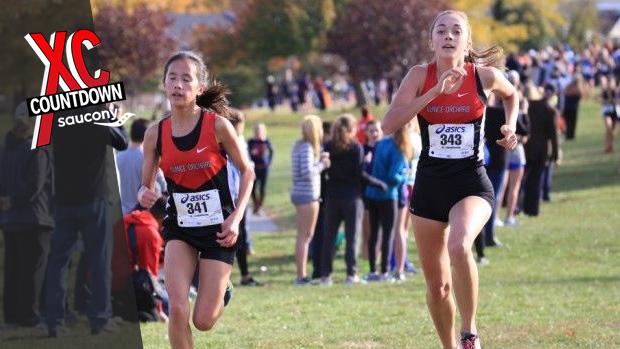 In 2015 the Quince Orchard girls finished 13th at the 4A State Championships for the second consecutive year. The good news for them is that four of their top finishers at those state championships are back in 2016 for what figures to be an improved squad. Maya Jacobson (32nd at the state meet), Isabelle Sajonia (35th) and Margaret Lilyestrom (55th) give them a strong trio of returners - along with rising senior Eliana Krakovsky who didn't compete at the 2015 state meet but finished 68th as a sophomore in 2014. In the 4A girls returning team rankings they come in at #9, but their 1-4 runners average 33 places. Their answer for a #5 runner might come from the 2015 team, or possibly from a trio of rising sophomores who clocked sub-6:00 1600s in the spring, led by Natalie Nyborg (5:37.99 1600). If they find a reliable fifth runner they could be a lot closer to their second place finish in 2012 than their 13th place finishes the past two seasons.