Our latest Workout Wednesday video includes the top ranked boys cross country team in the state of Maryland in Dulaney. Fresh off their big win at the Glory Days Grill Invitational on October 10th in Virginia against their 4A nemesis Severna Park as well as one of the programs in the Southeast Region in VA #1 ranked Lake Braddock, MileSplit Maryland visited the Dulaney boys only a couple days after that race for their first workout of the cross country season on the track. 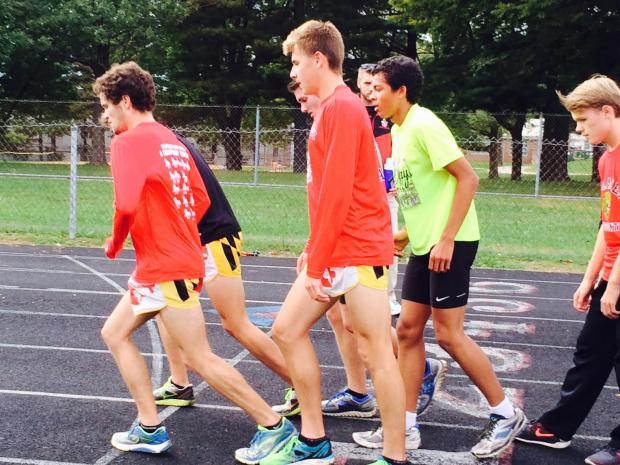 The workout was a ladder workout on the track starting with a 400 and followed by an 800, 1200, 800 then finishing with a 400. Rest was brief and the recovery was active in averaging around two minutes jog in between each interval at 5K goal race pace. 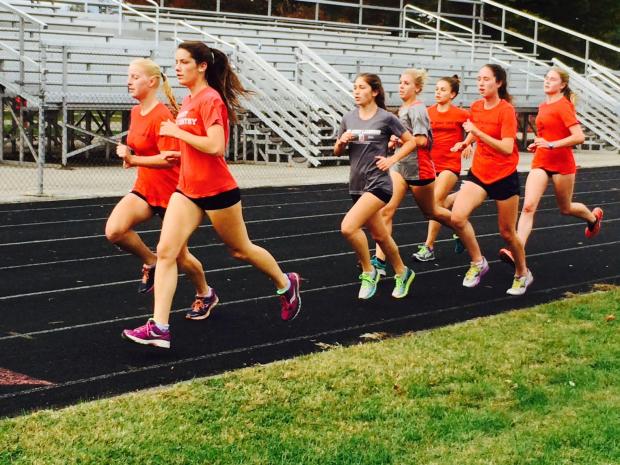 The Dulaney girls, expected to contend for the Baltimore County title this weekend and be a potential top 3 finishing state meet squad in 4A, did a similar ladder workout, but with a little less distance of 400, 800, 800, 400, and 400.

Coach Chad Boyle and his senior boys certainly have their best squad and know it might be their best opportunity to knock off the 3-time 4A state champion Severna Park boys, but also know from their earlier season loss on the state course at the Bull Run Invite that knocking off the champions will not come easy. Lots of respect from Coach Boyle and his Dulaney boys for their clear rivals and chief competitors at Severna Park. 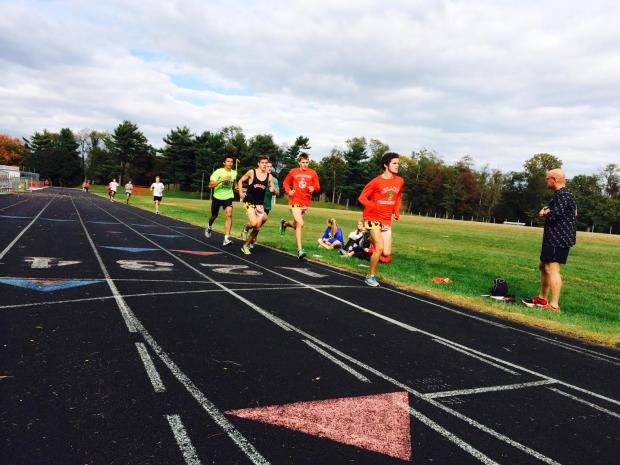 Eric Walz is their team's front runner and the 4A state title individual favorite, but the rest of the team's top 5 was right with him in the workout and has been not far behind in races this fall as Sean Smyth, Andrew King, and Elijah Hawkins have all been consistent performers around 16 minutes flat or low 16's this fall. Meanwhile, a promising sign in the workout was seeing Austin Carey running with the top group as he has been working himself into his sub 16 minute 5K shape from a year ago after suffering a summer foot injury.

Dulaney's depth falls off a bit after Carey, but if he continues to edge closer to his top condition and rest of their current top 4 stays healthy and strong down the final stretch, a state title and Nike Cross Nationals berth are certainly attainable goals given their talent and firepower. 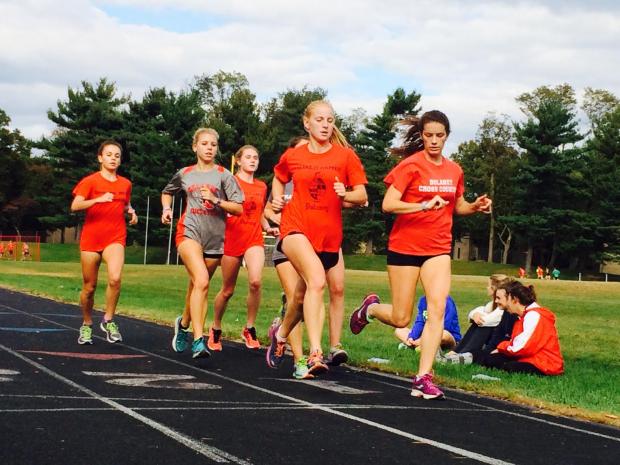 Kristin Meek was held out of this workout as a preventive maintenance measure (nothing serious) after being Maryland's top finisher at Glory Days with a 19:12 season best 5K run, so the girls team in the workout showcased the strong pack that follows their #1 including 5 who have run in the 20 minute range or faster for 5K.

Their team has benefited from two additions this fall in freshmen Brooke Ruffin (20:34 5K at Barnhart Invite) and senior Kira Flemke running cross country for the first time (former soccer player) after running a 11:27 3200 during this past outdoor season. 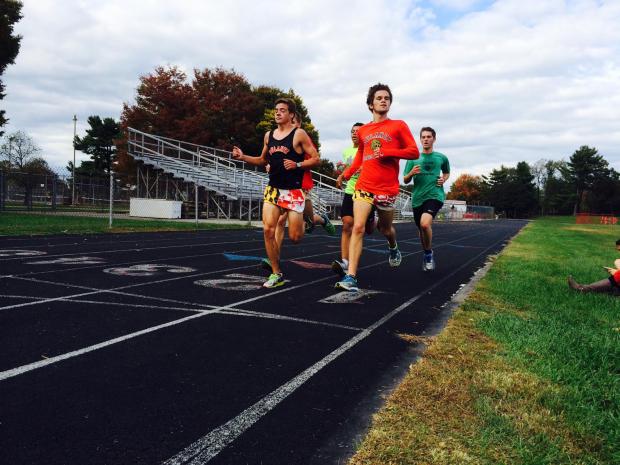 MileSplit Maryland will be back at Dulaney High School this upcoming Saturday providing on-site coverage (race videos/photos/interviews) at the Baltimore County Championships, which Dulaney plays the host school on their fast 5K course on school grounds. 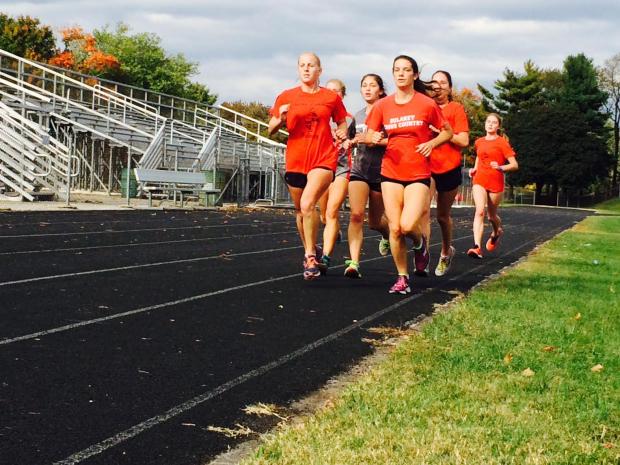 Walz is gunning for the course record on Saturday with his eyes set on a time in the low 15:10's and a PR on his home course, while the Dulaney girls will be in a tight battle with arguably the best top 3 of squads that you will find in any county in state of Maryland between themselves, Hereford, and Towson.